Some are calling filmmaker Wes Anderson’s The Grand Budapest Hotel a dark horse among the Oscars’ Best Picture contenders, saying that it should not have taken a spot away from more commercial successes such as Unbroken and Interstellar. But before perpetuating that criticism, take a moment to understand how the quirky film earned a nomination in the Best Picture category, as well as in, ahem, eight other categories. 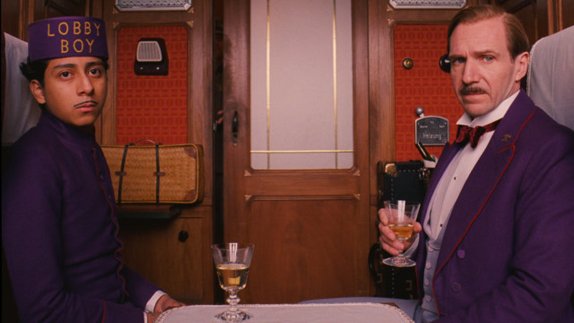 The film takes place in both 1985—as a writer recounts what an aging hotel heir has told him—and in 1932—when the heir was just a young hotel lobby boy in the fictional republic of Zubrowka. The boy is a protégé to a famed hotel concierge, who gets mixed up with a powerful, local family when its matriarch leaves the concierge a valuable painting in her will.

Although the film is rightfully considered a comedy, Anderson plays with dark themes and a looming World War throughout. Many characters lack parents, a homeland, or religious identity–struggling to recover from wars in the early 20th century. Meanwhile, it is revealed in “present-day” scenes that both the once-glorious hotel and the financially-sound nation will never recover from World War II. Sound like any European nations we know?

Anderson credits Austrian Jewish writer Stefan Zweig with inspiring his screenplay. Zweig escaped to South America during World War II in an effort to evade Nazi soldiers, but depressed over the continued prejudice against Jews and a seemingly endless war he committed suicide in 1942. He wrote  in his final note that he felt it was time to leave before “personal freedom” was diminished more. 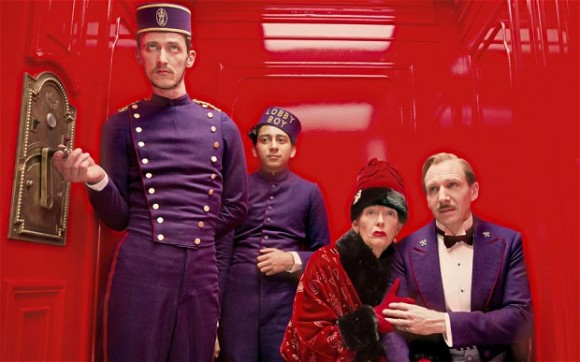 Although Anderson was able to sneak a few of his favorite actors (Owen Wilson and Bill Murray) into small roles, he utilized critics’ favorites such as Ralph Fiennes, Tilda Swinton and Adrien Brody in larger roles. Swinton’s performance alone, playing a nearly unrecognizable elderly hotel guest who has the hots for concierge Fiennes, is reason enough to see the film.

Anderson’s touch is present throughout the film—from the gold buttons on the lobby boy’s uniform to the pink boxes filled with sugar-powdered pastries. In the end, the whimsy is heartbreaking because it cannot save the characters or Zubrowka from looming tragedy. The charming veneer attempts to conceal what is a serious film with deeply emotional themes.

But, will it win an Oscar?

Leading the pack with nine Oscar nods, The Grand Budapest Hotel appears destined to win something, but not necessarily the big prize. Critics predict American Sniper or Birdman to take home Best Picture. Moreover, no film released before May the previous year has won Best Picture since 1991, Oscar statisticians note. Anderson’s film was released last March.

Still, the nominations have renewed interest in the film—it is playing again in some theaters and is currently featured on HBO On Demand. The nod has also renewed interest in some of Anderson’s earlier work (Have you seen The Royal Tennenbaums or Moonrise Kingdom?), begging audiences to realize that a good film need not be devoid of the color pink.