While cycling across Cambodia in 2007, brothers Dan and Jared Austin decided to donate their bicycles to an orphanage at the end of their journey. But when they arrived at the orphanage and found 88 children living there, they knew just two bikes wouldn’t cut it.

They decided all 88 children should experience the happiness and independence that comes with being a bicycle owner. And with that first donation, the nonprofit 88 Bikes was born. Since 2007, 88 Bikes has endowed more than 4,000 bicycles to children in 17 countries, including Cambodia, the Philippines, and the U.S.’s Navajo Nation. Austin says he hopes that the foundation will endow 2,000 to 3,000 more in 2015, alone.

I wrote a story for ThriveWire abut 88 Bikes after my parents donated a bike in my name in 2014. I absolutely love the concept of this nonprofit and had to share what the Austin brothers are doing. Check out my article and some of the photos of the happy bike recipients. 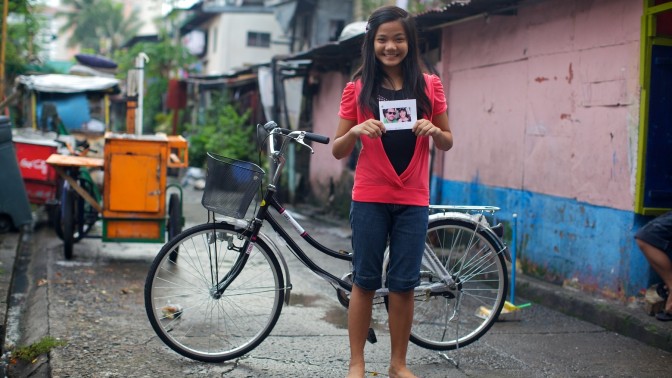 One thought on “It’s not about the bike: Nonprofit 88 Bikes”