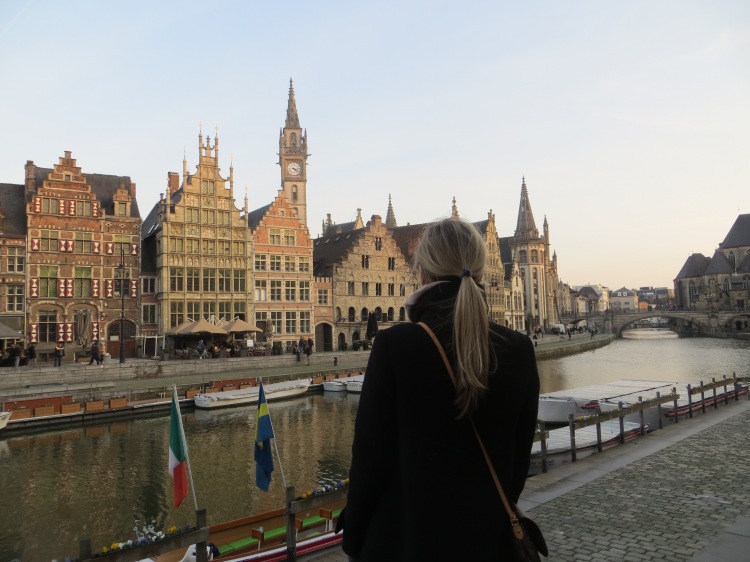 I am having trouble processing the atrocities in Brussels today.

It shouldn’t be so difficult for me to do. In a previous life as a newspaper reporter I used to cover horrible, ugly things. I used to listen to police scanners for words like “homicide” and then race to the scene where I’d hound police officers for the gruesome details. Not because I’m a bad person; because that is what people want to read. The grisly specifics help us process what has happened. At least, that is what I’ve always believed.

I suppose I had built up a mental callous in those days for dealing with the fact that humans are capable of immense cruelty. I was in a head space that I was “doing my job” which protected me from thinking too deeply about what had occurred. In truth, I got a rush of adrenaline every time I covered one of those shocking stories. A high unlike no other.

Not so much anymore.

The number one question I’m asked whenever I’m in the U.S. is “Do you feel safe living overseas?” I do. I always have and I still do. It has taken years for me to come to the conclusion that bad things can happen anywhere.

The first time I lived overseas I was a 20-year-old student in London. One morning while commuting to my internship 56 people were killed by suicide bombers in the tube.

It was a horrific day. I was evacuated from the tube station and entered a hellish pandemonium. I saw people with blistered, burned faces. I saw blood spattered on buildings. I heard wailing, hopeless screams. It was a paralyzing kind of chaos that I tried to make sense of for months by obsessing over every detail of that day. One of the bombed trains was the train I usually rode on, but I was late that morning. By how many minutes had I missed the train? I wondered. Was it the train leaving the station when I came down the stairs?

Your mind can do wild acrobatics when in shock. It can distort time and disfigure memory. It can merge images you saw on the news with reality. It can play the “what if” game on sleepless nights for hours on end. The bottom line is I was not on that train. I was not hurt. My proximity to the danger is irrelevant in the story of my life.

Here’s the truth: The only time I’ve been actually touched by terrorism was when I was walking down a street in Washington, D.C. It was a street I had walked on many times in a neighborhood I had lived in for years. It didn’t involve a bomb or a religious vendetta. A pack of teenagers on bicycles punched me in the back of the head. It was a game to them and I was a random victim.

That is how the real world works. We are not rewarded for playing it safe or sticking close to home. I don’t court danger. I don’t walk down dark alleys, but I also don’t limit myself to “safe places” and “safe experiences.” Otherwise I would not have visited Brussels earlier this month and seen its beauty and met its people. It’s a lovely city and you should see it.

4 thoughts on “On terrorism and living abroad”